In cooperation between Caritas Jordan and Modern Language Center, a training program was held under the title:
Life Skills Training for Baby setting and Housekeeping to Syrian mothers. The training was held at Caritas Center/ Zarqa between August 22 till Septmeber19, 2015. It included subjects on communication, qualifying women to serve their community, and introduce kind of jobs they can do without breaking the law and how can they support themselves and their families. The professions entail: co-teacher, cooking, bus escort in a kindergarten or nursery, jobs that don’t require any job permit or high educational degrees. This training aimed at enhancing the importance of working and hard and never give up, which provides psychological and social support to women, their families and community.

26 women participated in the training and interviews were done with some of them by the end of the training to know how much it helped them and their plans for future, based on this training:

married with five kids, said that after they left their home and came to Jordan as refugees, her psychological condition became so bad; she became angry all the time, couldn’t deal with her kids and husband,. She used to beat her kids and send them away from her. She heard about Caritas program and this training and her friend encouraged her to participate in. With time, she felt that she should change her attitude thanks to the course, specially the part that included parenting and dealing with children and how to communicate with them. She said that the words used by the trainer are kept repeated in her mind and that helped her to change her attitude and be more relaxed and patient. She said: now I started talking and commutation with my kids and holding them to my lap, which gave her a new hope and wellness. Now, she started to work in a nursery and this has also helped to improve their financial condition.

divorced with two sons, said that she was a perfect mother before what she faced from divorcing, fleeing to Jordan and moving to live with her parents, then she felt broken and depressed; she neglected her kids, used to sleep all the time and deal with them and her family in a bad way. After participating in this training, she felt that she was killing herself slowly and was surrendering to despair. Now her look to life changed and filled with more hope and optimism, also to her family and now she is looking for a job using what she learned.

married with three kids, entered Jordan in 2012 and thought, that her absence from home will not last more than few months, but as the days past, their economic situation became worse. She tried hardly to find a job but her attitude and the way she talks didn’t helped her to get a job. This training included a part about how to do an interview, how to get a job, gain new skills and how to deal with others. She practiced what she learned in her search and on an interview, she got a job shortly in catering in a ceremony hall, which made her so happy and full of self-confidence and new hope.

divorced woman with a daughter; has secondary high school certificate. She came to Jordan with her parents, despite all the hard circumstances she faced, she didn’t give up. Haifa attended lots of workshops to learn new skills like needlework, doing accessories, extraction water from roses, photography, and other things, but what she missed is marketing skills, and she didn’t know how to sell her skills and products. By attending this training, she learned well what to do and willing to apply it and she is sure that she will succeed.
Graduation was celebrated at the end and certificates were awarded to participants to start new beginning in a fruitful successful life 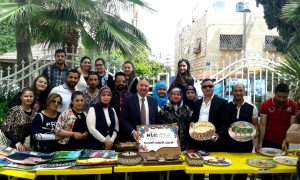 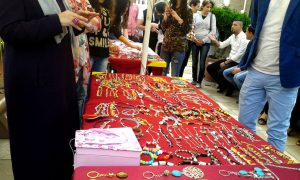 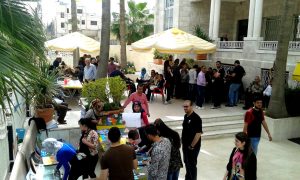 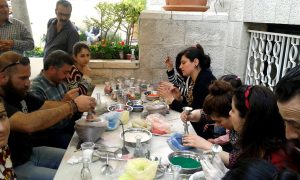 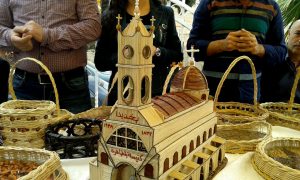 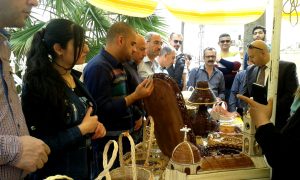 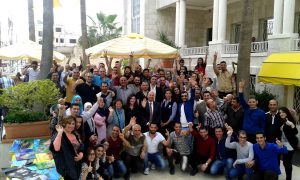 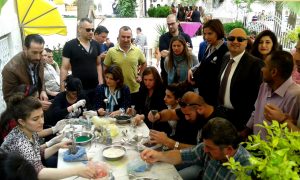 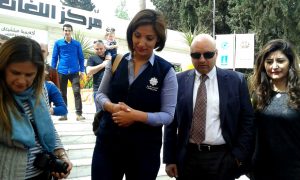 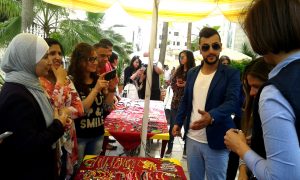 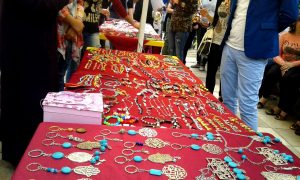 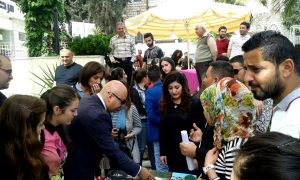 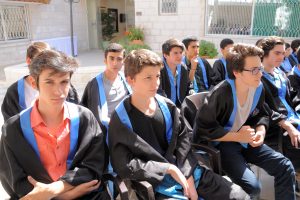