Crisis management is a variety of strategies that help an organization deal with an unforeseen negative event that may cause massive harm. Crises occur for many reasons, including natural disasters, information leakage, security breaches, public defamation, lawsuits, or violence.

Your company will likely mean everything to you. If you are like most people, you will do almost anything to make sure it is safe.
It starts with a great plan for how you will deal with a crisis, should it arise.

It is an event or series of events that cause major disruption to work. A crisis usually occurs suddenly and poses an extreme difficulty or risk to the company, usually in a situation where time is short and decisions have to be made quickly.

There are different types of workplace crises, including:

How to manage crises?

Crisis management needs a plan, as the Crisis Management Plan is a reference tool, not a detailed work program, and it does not contain specific and specific steps for how to resolve the crisis, but rather lists of key contact information and reminders of what needs to be done. When faced, and models to document how to respond to each crisis.

Usually they are unavoidable environmental crises. For example, floods due to heavy rains or wind damage following a storm.

They can include IT system failures, corrupt software, defective hardware, or malicious cyber attacks. It usually affects access to important resources such as data, or employees’ ability to work effectively.

1- The stage of birth
Under this stage, there are signs looming on the horizon warning of dangers that are not yet known, completely unlimited and unclear in the direction, and the extent to which these dangers will reach has not been determined or clear. The level of feeling this crisis and the extent of its awareness depend on the experience of managers and their ability to perceive the relevant variables and their capabilities in the field of forecasting the future conditions and situations of the organization.

2- Growth stage (Dilation)
If the management of the organization did not succeed in overcoming the crisis and eliminating it at the stage of birth, then this crisis grows and develops and enters a new stage, which is the stage of growth (expansion), and there are a group of factors that support the strength of the crisis at this stage, and among these factors:

– Subjective factors related to the crisis that arose with it and were formed in the previous stage (stage of birth).

External factors that were attracted by the crisis and interacted with it and added to the crisis new capacities for growth, escalation and expansion.

3- The stage of maturity
The management of the organization may fail to face the crisis and treat it in the previous phase (the growth phase), and this happens rarely, and it is an indication of the inefficiency of the organization’s management and its ineffectiveness in managing crises, and if this happens, the management fails to manage the crisis and deal with it successfully in the growth phase It will reach a new stage, which is the stage of maturity, and this means that the crisis has reached the height of its power and aggressiveness, and controlling it and its effects has become very difficult, impossible or nearly impossible, and the organization finds itself in a state of severe clash with this crisis and its repercussions, and the effects of the crisis have great effects on the organization.

4- contracture (regression) phase
The crisis enters this stage and begins to shrink and recede after the violent collision takes place. This collision leads to the disintegration and disintegration of this crisis, and the crisis loses a large part of its strength and energy.

5- The disappearance stage
The crisis enters this stage (the stage of disappearance) when all the driving forces that drive it are completely or almost completely lost, their components and sub-components disappear, and interest in them ends and talk about it becomes like a historical conversation that has passed and passed, and what is required here is reconstruction and not adaptation to the new reality after the crisis.

What is business continuity

Business continuity is the advance planning and preparation that is made to ensure that the organization has the ability to operate its vital business functions during emergency events. Events could include natural disasters, work crisis, epidemics, workplace violence, or any event that disrupts your business process. It is important to remember that you must plan and prepare not only for events that will shut down jobs completely but also for events that have the potential to negatively impact services or jobs.

Leadership is one of the most important elements affecting the course of crises in organizations as the brains in them, as it is able to make organizations ready and ready to face crises efficiently. The role of the leader is highlighted in managing the crisis in its various stages, as the leader works before the occurrence of the crisis to analyze potential risks, assess the capabilities and available resources, and prepare integrated plans to confront and overcome the crisis. The crisis phase is the real test for a leader And for the plans that were drawn up in advance, according to the effort and good planning that was made by the leader in the pre-crisis stage, his success in managing the crisis will be determined. The leader’s role is evident in the post-crisis phase in trying to treat the consequences of that crisis, rebuild the organization, work to achieve its goals and restore balance within it. The leadership’s ingenuity lies in the perception that the crisis and the risks it carries can be transformed into opportunities to unleash the creative capabilities that exploit the crisis as an opportunity to reformulate conditions and find effective solutions. Crisis Management 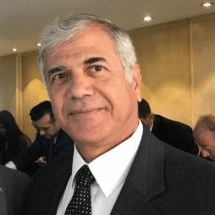